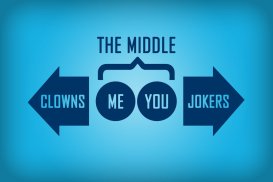 Today I start a series of short blog entries, aimed at The Big Middle of the United Methodist Church. “Big Middle” is a term of endearment.

Many people believe you Big Middlites actually hold the key to our being able to move forward on the issue of same sex marriage. I agree with them. That’s why I want to write just to you.

I also trust some of you have heard about my support for Bill McElvaney, and my own statements, which may strike some of you as unduly extreme. All the more reason to talk.

Why “Big Middle?” Am I suggesting we have an obesity problem?

In the United States, the majority of Methodists live in the “big middle.” All y’all are moderates who either aren’t sure of their view, are typically uncomfortable with most conflicts, or who have an opinion and just don’t know how (or are afraid) to express it.

If that describes you, then this conversation is for you. In these “Dear Big Middle” blogs, I’ll attempt to address, issue by issue, the concerns that folks in the middle have about supporting same sex marriage.

BTW, that means, defacto, that this conversation is not for “conservative” United Methodists, nor liberal ones. So, if you’re a conservative and I don’t answer your comments or approve your comments in this thread, don’t take it personally. If you’re a liberal, and you wonder what the heck I’m doing, please just humor me.

Now, before you say, “But you pastor a progressive, Reconciling Church. What could you know about the The Big Middle?”

Let me assure you, I am one of you. Or at least I used to be. And I’m not old enough yet to have lost my memories. Or my friends.

I grew up right in the middle of the Big Middle, in Dallas, Texas. I was raised up in two of the most “middle” of our middle-megachurches. As a lifelong North Texas United Methodist, I would not be who I am today without the God-blessed Big Middle. I have nothing but respect, affection, and sincere deep love for those who find themselves there.

Conservatives and liberals alike often fail to realize something about the North Texas Conference.

So, I’m here to embolden you, to cajole you, and to hopefully convince you to step off the fence and stand for the full inclusion of LGBT folks in the United Methodist Church. That’s my goal. I may or may not succeed. But I feel I must try.

Because, whether or not you’ve been paying attention, the truth is that time is short to save this denomination we all love. There are all sorts of forces at work, and these forces may coalesce to tear us apart. Y’all hold the key to any future we have together. So, whether or not I (or anyone) succeed in changing your hearts and minds, it’s worth a try.

Throughout the posts that follow, I hope and pray you’ll be willing to listen.

Where possible, I hope you’ll allow your heart to be changed by God.

And, ultimately, I hope you’ll be willing to step out in ways that might be edgy for you.

Thanks in advance for your time,

*Of the United Methodist Church

Check out the first entry in this series:
“The Non Sequitir of the Slippery Slope“