What is “Moral Licensing?” I’ve been writing/speaking about it a lot since the election. 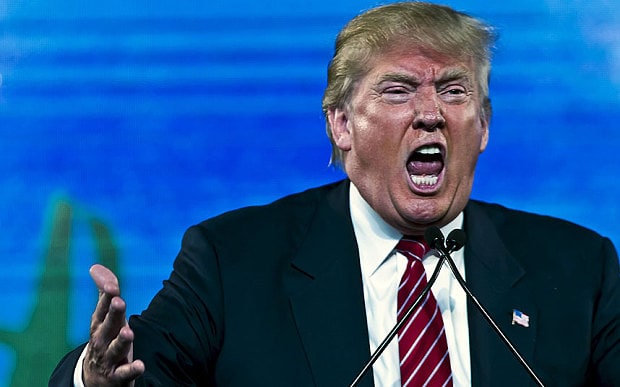 Moral Licensing suggests that past “good behaviors” don’t always indicate future good behaviors. In fact, the exact opposite. What tends to happen, instead, is that groups allow the “token” or “exceptional” individual to “break through,” only to slam the door shut on all those who follow afterward.

It helps explain why Barack Obama broke through as a Black leader, but also why did not, in turn, bring with him an entire new generation of Black leaders. (See my previous blog on this…)

Moral Licensing is made far worse by politicians like Trump, who are appealing to the very worst of our human values and beliefs. It’s very clear that White Supremacists hear Donald Trump as giving them “permission” to act badly….to act out their violent ways.

Take a look at this chart, which shows the drastic rise in Alt Right “Patriot” groups during the tenure of Obama. They are armed. And they are a danger to the nation.

A White Supremacist murdered a young woman who was exercising her constitutional right to free speech. Your comments today may embolden other White Supremacists to more violence in the future. If so, any blood spilled is on your hands directly, Sir.

For you are the Moral Licenser in Chief…

And should any further blood be spilled, I call on civic and faith leaders everywhere to hold the President to direct account, as culpable in the violence.

We need more leaders like Pearce Tefft. Pearce’s son, Peter, took part in the Supremacist rallies over the weekend. Far from excusing or licensing his Son’s behavior, Pearce has taken the no-doubt painful step of very publicly naming his own Son’s White Supremacy, and of calling him out publicly.

Of his son, and of the current situation in our land, Pearce said,

That’s why we are calling on the Mayor of Dallas, and our City Council, to go on the record, as supporting the removal of the two large confederate monuments in Dallas. These monuments are, at this point, merely rallying symbols for White supremacists.

In fact, take a look at the #Charlottesville Lee statue, and the Dallas statue, side by side…

Can you even tell which is which?!

They were both constructed roughly 60 years following the conclusion of the American Civil War. They do not “honor” Lee. They honor the White Supremacy of the 1920s and 30s. For this reason, and because they are most revered by White supremacists, they should be removed.

We are calling on the Mayor to lead by leading from his own principles and values, and not simply crossing his fingers and hoping public opinion shifts toward removal. I invite him to consider Pearce Tefft’s words on “the silence of good people.”

Passing the proposed resolution would not limit debate, on monument removal in Dallas, but it would shape it, and make it clear where the morality of Dallas’ leaders rests. And in an environment where clear permission is being given to bigots by our President, there is wisdom in that path.

Look, friends, I know it’s demoralizing. I know it’s extremely hard to keep any sense of hope when the President of the United States is openly blowing a dog whistle for violent extremists.

But we must continue to stand for values of Love, Justice, Peace, and Hope….even the the face of such a leadership vacuum.

America is made great by its beautiful diversity, by our willingness to not be afraid, and by willingness to stand up to bigots. And our Moral Licenser in Chief can only these things from us if we choose to give them away.

No matter how bad it gets out there, don’t give them away.