I’m gonna get accused of being a homer with this, but so be it…
I’ve been thinking more about the shooting Sunday night, and the mind-blowing truth that none of this involved local people directly, in any way.

Today, a friend pointed me to a New York Times piece which says: “Dallas in particular has been accommodating of bigotry”

I’m not linking to the story, because I’m so annoyed by that line.

And here’s my reaction to it…
Look. I’m not gonna pretend we don’t have our share of bigots.
But….consider the truth that I would not be writing this blog…we would not be having this conversation…if not for the American Freedom Defense Initiative (AFDI). They are the most visible and clear common link behind all this trouble.

Who organized the thousands of protestors at the January peaceful Muslim event in Garland?
The AFDI. Folks came from all over to protest. A Biker gang came all the way from Houston. Others came from California.

Where is the AFDI located?
New York City.

Who organized the event this weekend in Garland?
The AFDI!!

Where were the shooters from?
They were from Phoenix.
(And nothing justifies what they did, of course…)

Remember, people, the tens of thousands of Muslims who actually live here avoided this event.

They had no comment about it. They were all “Jackie Robinson” about the whole thing. They did not allow themselves to get drawn “offsides” by the AFDI’s baiting tactics.

And now, these local Muslim friends are being asked the same stupid questions again…they’re being asked to defend people who aren’t even a part of their communities, who did things they do not personally condone.

Want more evidence of Dallas’ non-bigoted response to all this? As I noted in my blog the other day, three separate United Methodist Churches had events Sunday night either with their Muslim neighbors, or to learn more about the Muslim faith. (One of them was in Garland!)

Add to this the final demographic truth that Dallas County, where all this went down, has the highest number of progressive/Democratic leaning voters in the state.

Again, I’m not saying we don’t have bigots. I’m not even saying progressives can’t have their own bigotry. But we have folks involved in Garland city politics in our church. We have a whole cluster of members who come here from the Garland/Sachse area.

They don’t deserve to get blamed for this event.

And, as you all know, I am privileged to call a growing number of local Muslims, lay and clergy, my friends.

They don’t deserve to get blamed for it either.

So, given all this? With respect to this event?

The statement, “Dallas in particular has been accommodating of bigotry”

Is enough to make your head explode.

You can do better than that, New York Times. 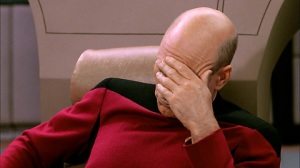