Let me provide a bit of context for the past few days in the North Texas Conference. It’s just my one perspective on what felt like an extraordinary few days. (So, take it or leave it…)

First, the NTC ordained the first openly lesbian woman in the South. (Meaning: In any conference in the Southeastern or South Central part of the nation…) My dear friend, Jane Graner, who I have been honored to watch journey through this process, like the Jackie Robinson of North Texas. 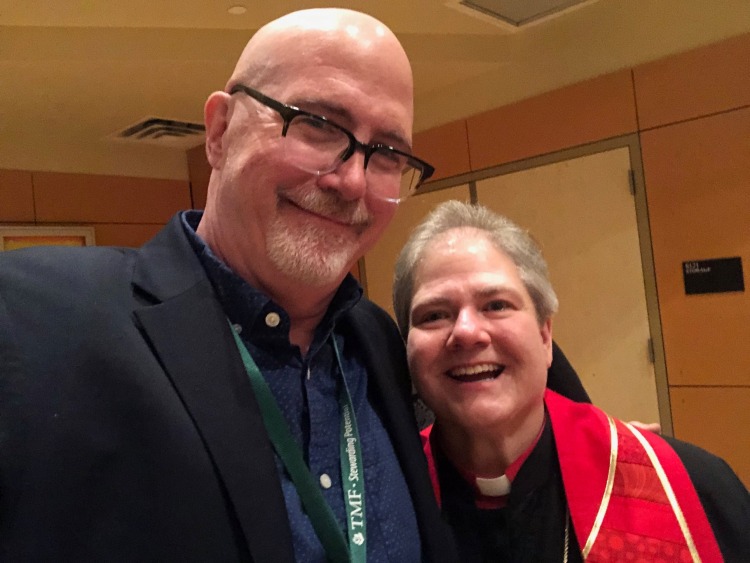 Today, we elected a slate of clergy delegates that was decidedly more to the “center-left” than previous delegations.

Approximately 50 of us —lay and clergy—attended an impromptu prayer vigil and press conference, lamenting the spate of murders of African-American Trans Women in our city. This was led by an African-American clergywoman, and attended by a beautiful spectrum of queer and straight, and people of all races. (News story link in the comments…)

And finally, by a stunningly high margin of 80% in favor, the North Texas Conference approved a resolution stating its intent to live NOW as a “One Church Conference.”

Among other things, we have said that we wish to be a conference that:
“grants space for traditionalists to continue to offer ministry as they have in the past; space for progressives to exercise freely a more complete ministry with LGBTQ persons; and space for all United Methodists to continue to coexist without disrupting their ministries.”

And we have agreed that we intend to:
“allow for contextual ministry and pastoral care and not impede the work of others in ministry. We will seek to find common ground and actively be in ministry with people who are different from us. We will not speak ill of one another and model that all people are of sacred worth .”

It literally exceeded all of our expectations for an outcome.

Friends, only three years ago did we ever pass our first resolution that spoke positively about the LGBTQ community.

Now, three short years later, we have exceeded a supermajority.

Tonight, we can ask: “What do we know about North Texas?”

It seems to me we know the following:

— Our delegation is more progressive than ever, and it was already the most progressive in the Jurisdiction.
— That you can ordain a lesbian woman and the sky will not fall. In fact, that most folks will be happy about it.
— That you can hold a press conference to support Trans people, and 50 folks will show up.
— And finally, that 80% of us are interested in finding some way to live together.

Of course, the “devil is in the details” as to what this last point means.

Over the past weeks, I have heard from many progressive friends who believe this resolution does not go far enough.
My answer to that has been to say…I agree.

African-American friends, and other People of Color, have justice and equity issues that must be addressed in any future Methodism that were not at all mentioned in this resolution.

The LGBTQ community and allies are right to note that this resolution does not nearly go far enough in working toward a fully inclusive space for them. The language is not as strong as statements coming out of Minneapolis or Kansas City.

Many observers have conjectured that as many of 70% of American Methodist might desire to live together in some future alignment.

Today, we showed, with data, that this number COULD BE as high as 80% percent here in our area.

Hopefully, what happens now is an ever-broader table of up to 80% of North Texas Methodists who wish to live together in some way. This should be a inclusive conversation that takes places over the next few months, as we look toward GC 2020.

We should get down to brass tacks, and start asking tougher questions like…

We here in North Texas now have some GREAT data to justify swiftly engaging this bold and robust conversation with as many has 80% of North Texas Methodists.

We continue to also know that it will continue to be a chaotic time, with many possible ideas being tossed around.

That has to continue to be OK for a while.

Just know, it’s a broad swath of folks who appear willing to keep talking and dreaming together.

And for now, that’s an interesting conversation that I look forward to having.