I commend to you this blog, written by Autumn Dennis, about her decision to remove herself from the ordination process in the United Methodist Church.

Titled, “A Time to Stay and a Time to Leave,” you can find it at RMN today. 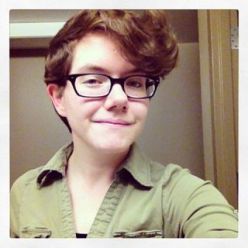 She describes her recent decision this way:

“I cannot pledge to uphold that abusive Book which has long since stopped being a source of illumination in how we connect with each other and God, but now is a glorified bludgeoning tool. I cannot join an order of ministry that is complicit in injustice. I cannot lie my way into an abusive clergy covenant or lie my way through the Historic Questions. I cannot pretend that my church has “Open Hearts, Open Minds, Open Doors” when it does not. I cannot lie about who I am or what the Church is any longer.”

It would be heartbreaking hear this story alone. But this story is not alone.

Seminary friends.
A gifted young leader at HPUMC.
Several folks from other churches.
Closeted clergy who have either served for years in the closet, or come out and confronted the pain of all those years.
Northaven staff I’ve been honored to be in ministry with during my time here.

All of these are gifted children of God who either chose –or had the choice made for them– to leave the ordination process in the UMC. Some still serve the UMC as faithful laypersons. Others have moved into other denominations and become ordained there.

I attended some of these ordinations; crying tears of joy for their future ministry, and tears of sadness for the losses to our United Methodist Church.

But, here’s my point in writing this quick blog today: I can name, without even trying hard, seven to ten people my life has intersected with who tell similar stories to to Autumn’s. I could probably name many more if I sat quietly for a while here this morning.

We continue to wring our hands over the loss of young people in the United Methodist Church.
In fact, we’re fairly well obsessed it. We’re obsessed with recruiting young clergy for the denomination. Institutionally, we should be. As the old saying goes, “The Church is always one generation away from extinction.”

In other words, whether you get it or not, these issues are about the entire future of the American United Methodist Church, not just LGBT people within the UMC.

These issues are now about whether or not the UMC will continue to exist. And not just because we may bicker, pick, and tear each other asunder over our obsession with sexuality; but because by the time we finally see God’s light leading us into our future, the young people will already be gone.

The “generatation” we need to stave off “extinction” will have long ago voted with their hands and feet; and taken their time, talents, gifts, service and witness elsewhere.

The UMC is like the frog in the kettle, and the temperature is already up to “simmering.” Time is short. But we continue to pretend, organizationally, we have all the time in the world before all that’s left is a boiled mess of frog guts.

Thanks be to God for Bishop Sally Dyck, who also recognizes this. In a very helpful recent post:

“Not allowing space for people who long for an open church is counter-productive to fulfilling our mission to make disciples of Jesus Christ.”

Read that last sentence over and over until it sinks in. Part of why we are unable to fully reach this generation is because of these policies, not because we cling to them. She continues:

“The church and its leaders long for “more people, younger people, and more diverse people.” But with “more people, younger people (and not so young), and more diverse people” come people for whom the matters of human sexuality aren’t a stumbling block in faith but quite the contrary. When we aren’t open and welcoming of all people, our statements on human sexuality are an impediment, causing many within the church to become disappointed in the UMC and to feel that we are being hypocritical in what Jesus would have us be and do. We need space so we can grow and be vital.”

Yes. Exactly. The point Bishop Dyck is making here in terms of mission is one I tried to make in terms of demographics, just after the Obama/Romney election last Fall. I wrote a blog titled, “What the Presidential Election Should Teach The UMC.” I commend it to you again.

What I said then was this: “The inescapable conclusion is that over twenty years we (the United Methodist Church) have become socially and demographically “out of step” with America.”

Ala, the frog in the kettle.

Here’s the incredibly powerful final word, though. For all those who leave, many of us stay and fight for the future soul of this Church we dearly love.

We are United Methodist to our core. Many are writing essays here about why they stay.

Even Autumn can still, incredibly, say this:

“For all the ways that The United Methodist Church is incredibly broken, you are my dysfunctional family that I cannot leave. I still believe in the Church that welcomed me when no one else did, and I believe much more in that Church than I do in the same Church that is pushing me away. I still believe that our Methodist connection is something mystical and holy—something I wouldn’t exchange for the world. If I left this church totally, I would just be a Methodist sitting in another denomination.”

God bless her for this.

God bless all the Reconciling Methodists everywhere; and those who every day are allowing God to change their hearts on the issues of LGBT inclusion.

God bless the Northaveners who also continue to stay and fight too. As I’ve said, some of them have stories exactly like Autumn’s.

As I read her blog, I think of them. Their beautiful faces, their gifts for ministry, come to me. I think of all those I have known, in this far too long line.

May God continue to redeem their ministry and witness in what the United Methodist Church will still yet become.