Today is The Judge’s birthday.
I won’t spill the beans on how old she is. That would be foolish on my part.
Btw, if you’ve considered getting a gift, I would suggest that campaign contributions make a very nice one.
🙂

But as you’d imagine, I’m deeply grateful she was born.

I’ve been meditating on her and on our marriage a lot lately, ever since our 20th Anniversary last month. 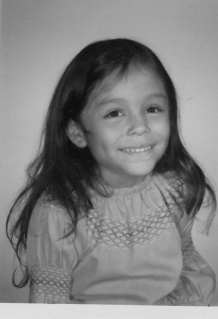 When Dennise was a baby, she apparently didn’t cry much. That earned her the first of several family nicknames: “La Silencia.”

Interestingly, one of the things that first attracted me to her was her silence. Early in our relationship, we found that we could spend long, quiet, periods together and not really have to speak much.
It wasn’t emptiness. Or awkwardness.
Just….silence.

As time went on, our relationship deepened and, unsurprisingly, my sense of the silence changed. As we grew closer, I learned the silence was often more complicated. Sometimes, things were going on.

Sometimes, as you might imagine, we had to learn to break sometimes awkward silence. For sure, we’ve both learned to share more. To speak up. Even the tough stuff.

But times of that peaceful silence remain.

The first year we dated, John Gorka came out with his great song, “Silence.”

It’s always reminded me of Dennise. And of us.

So, below are some of the lyrics I’ve always resonated with, along with a great video of John doing the song. (accompanied by the amazing Michael Manring).